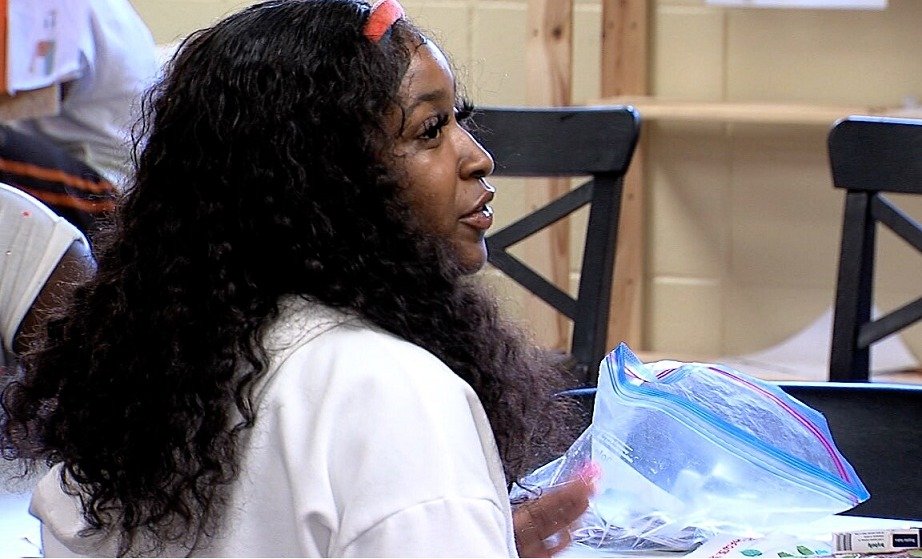 Hope is coming full circle at the Dayspring Center, a homeless shelter for families in Indianapolis. The center runs Camp Discovery every year, a summer camp for children who have been at the shelter. This year, one of their former campers has returned as a counselor.

“I feel like everybody has this stereotypical idea in their mind about what homeless people are, and no, they’re regular people, like everyone else,” Ambreia Edmonds said.

Edmonds is a 19-year-old psychology student at Indiana University Bloomington working as a camp counselor over the summer. She also used to be homeless.

“Everyone knows that as a child, children can be pretty cruel. So I was embarrassed about where I came from, so I would do stuff to hide that,” she said.

But there was one safe space, The Dayspring Center. Edmonds and her mother were fleeing domestic violence, and the center’s staff helped them rebuild.

“We went skating. Even the library, we went to the library all the time. That’s why I like reading now,” Edmonds said.

“Ambreia is the reason we do Camp Discovery. When things are hard, and times are hard, here at the shelter and you don’t want to, and you have 50 kids today, you can remember the Ambreia’s of the world and know that it’s so important that we do this.” Casson said.

According to the Department of Education, there were more than 2,600 children experiencing homelessness in Marion County last year.

“The children who happen to be homeless are just children. And they’re children that have bright futures,” she said.

But it doesn’t always seem that way, especially not to Edmonds.

“When I was in the middle of my situation, I could never see myself being where I am today,” Edmonds said.

But now she’s in college, something she never thought was possible. She attributes her success to her mom and the staff at the Dayspring Center.

They were always telling her she is smart and capable of greatness. That is something she wants to pass along to her campers.

“They’re phenomenal children. Some of the smartest kids I’ve met personally. I tell them, you might be doing things better than me one day, you never know. I like giving them hope, basically,” Edmonds said.

Edmonds hopes her story will help shift the societal narrative, as well. She wants people to know that children are capable of greatness.

Given the right love and support, those who are experiencing homelessness can have bright futures. She says you never know what someone else is going through.

“I just want people to be mindful and be kind,” she said.